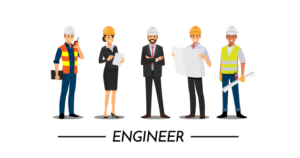 For some months now, we’ve discussed some of the many structural failures to have occurred in recent history and the importance of learning from the devastating effect that they bring. At the backdrop of each failure, were indeed great lessons to be learnt. In the case of the Hartford Civic-centre roof collapse the dangers of overconfidence and impulsively keeping faith in the output of software packages was the hallmark of the lessons learnt. The collapse of the Hyatt Regency walkways in Kansas Missouri raised and answered questions about engineering ethics. While the partial collapse of the Malahide, viaduct highlighted the factor of corporate memory loss.

We can always argue, legitimately, that engineering as a subject is the study of engineering failures or at the very least, a consideration of how to avoid failures. Rightly so, our biggest creations and innovations came from the lessons we learnt from failures. However, to demonstrate that lessons were indeed learnt from failures is to avoid future recurrence. We’ve talked about and still talking about learning from other peoples failures, but how easy it is to learn from these failures when we’re not directly involved?. Do the negative emotions they generate compel us to actually embrace learning or do they instead cloud our learning, replacing objectivity with subjectivity?. Or do we just want to forget, put the failure behind us, with the learning process relegated to a mere secondary consideration?.

Your guess is not as good as mine, the answers to these questions are not as straightforward as you’d think, but we can gain some insight from the research carried out by Dean Shepherd and his team at Indiana University USA. The team was interested in the response of different individuals to failures and project termination, the negative emotion generated and the impact on their ability to move from a project to another as well as their commitments to the company. More importantly, the team wanted to find out whether the negative emotion affected an individuals ability to learn lessons as to why the project failed and terminated. Or were these lessons simply lost?.

The team set out to conduct the study on research scientists and engineers. The study showed that for a research scientist, the negative emotion showed when a project failed/terminated were powerful and had a strong interference on learning. But interestingly the reverse was the case with engineers, they found that engineers deal with failures in a very different way.

The team’s research began with the research scientists from different research institutes in Germany. They interviewed the scientists, discussed recently terminated projects, how the scientists felt about them, what they learned, and what they would do differently next time around. They even returned to participants at later dates to ascertain whether their feelings had changed over time and whether or not more time for reflection had given them more insight into what went wrong.

Previous studies had found that many research scientists experience feelings of distress due to project termination. Many had committed to projects on a personal level, and the loss of time and energy that went into the terminated projects upset them. For many, these projects had become part of their identity, and without them, some scientists questioned who they truly were.

Shepherd’s research was comprehensive, and we can only cover a number of the key findings. Some are predictable, some are surprising. The study found that, as a result of these feelings of distress, many scientists felt less committed to the company’s goals. The good news was, however, that distance from the failed project – in terms of time – did indeed heal wounds, and resulted in an opportunity for reflection and learning.

With the engineers came the immediate question of do we learn more when a failing project is nipped in the bud quickly or is it better for the project to drag out slowly, with the entire project team subjected to what is known as creeping death?.

Conventional wisdom – from the perspective of the individual doing the terminating – argues in favour of the speedy termination of failing projects. The logic goes something like this: put measurement parameters in place to measure project success; if the project is failing, try and assess why; and if the issues cannot be fixed, then terminate it. The key advantage of this approach is the ability to reassign internal resources (namely, people) from the failing project to other more favourable projects.

Shepherd team set out to find out whether this conventional wisdom as we call it really applied to people working on a project in contrast to those doing the terminating. Do quick terminations provide an opportunity to learn any lessons from what went wrong and allow them to articulate what should be done differently next time?. For this study, the team turned their attention to the engineers. They selected engineers in the industry as well as those in education and research from across four divisions in an international company. Eight failed projects were examined, and engineers were interviewed, generally in person, over a significant period of time to ascertain how they responded to the failed projects.

Things immediately got interesting as the team found out that the engineers unlike the scientist generally never showed any negative emotion to failure/termination as long as it was done timely. Of all engineers interviewed only a few were a little bit upset and even for them it was more of what transpired after the termination than the termination itself.

The question that now comes to mind is, why were the engineers not reacting to project termination the way the scientist did?. The team found out that, whilst the scientist were pissed with the fact that they couldn’t achieve their project outcome the engineers only became upset when they were unable to continue contributing their engineering know-how. In order words engineers involved with failing projects were quickly redeployed to new projects allowing them to continue dispensing their engineering knowledge. With the new project came a new technical challenge, minimal negative emotions, and thus satisfaction. Whereas engineers involved with failing projects where termination was delayed did show negative emotions. But this was not the result of the termination itself but a failure to terminate in a timely manner resulting in their inability to deploy their engineering know-how into more worthwhile projects.

To minimize negative emotions for engineers, this research teaches us to terminate failing projects very quickly but there is a sting in the tail – minimizing negative emotion invariably limits our ability to learn.

In the context of structural failures, even those beyond the far-reaching devastating loss of lives, lessons must always be learnt. Lessons learnt are often divided into technical and non-technical. Think of the technical lessons as the many code formulations and amendments. The Non-technical
lessons have to do with ethical, human/procedural factors. From all indications, it appears that the technical lessons are always learnt and put into practice however, the non-technical lessons are rarely learnt. There seems to be an endemic level of generational amnesia on this level. For example, in the light of the Hartford Civic-Centre roof collapse, one would naturally expect the modern engineer to have learnt enough lessons to maintain a healthy scepticism and not blindly keep faith in his own analysis result, not even when results are clearly wrong. But, unfortunately, the reverse continues to be the case.

This situation is far worse and even more complicated in developing countries like Nigeria where regulation is treated with levity. In an atmosphere where quackery is allowed to strive and where there is almost no consequence for failure and stark incompetence, you can certainly tell that there can’t be any negative emotion towards structural failures nor will there be any lesson learnt. It is important to identify causes of structural failures and the lessons to be learnt from them but it’s even more important to actually manifest those lessons learnt by putting them to work. As highlighted in the introductory aspect of this article, the primary reason for discussing engineering failures is to learn the lessons in order to forestall a future recurrence.

Those who cannot remember the past are destined to repeat it.

Also see: Lessons from the Story of the Box Girders

1,013 Replies to “Do Engineers learn from Structural Failures or we’re a Weird Bunch”